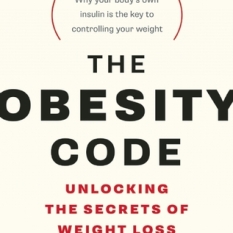 Two very different reads!  I am almost finished with P.D. James’ Adam Dagleish series and The Murder Room is book #12 in that series.  The murder involves a family owned museum dedicated to the period between the wars.  The family has its conflicts, as all families do, but when one of them ends up dead, Dagleish and his team are left to unravel the clues.  Was he killed due to museum business, something else with the family, his own personal life, enemies in his career?  As Dagleish digs into the mystery he uncovers more and more connections and possibilities, leading to yet another murder opening up further connections.

A well written mystery with complex characters, in particular the character of Tally Clutton is remarkable.  I always enjoy P.D. James writing and the way she crafts her stories and creates authentic feeling interactions between people and within families.  Another great read in the Adam Dagleish series.

I do read some non-fiction and have been reading quite a bit about intermittent fasting and Dr. Jason Fung, so I picked up his book, The Obesity Code, on Kindle.  I have a personal interest in this topic as I am in the process of losing weight myself and I have a  maternal family history of diabetes that I am strongly fighting against developing.  I will also say that I take most “diet” book with a grain of salt in that they tend to pick and choose their “scientific” research.  Their “data” tends to be skimpy or non-existent.

I am really impressed with the extent of his research.  I would say the last third of the book is footnotes and annotations to studies to support his statements.  This is not a diet book in the sense of “eat this”.  Rather it is more along the lines of discussing insulin resistance and the role of hormones, insulin in particular and the development of the obesity crisis since the 1970s and of obesity in the individual. He also demonstrates the reaction of different sugars and sugar substitutes in your body, not just to your sugar levels but to insulin as well.  A few key ideas:

There is so much I could say about this book, but you really need to read it for yourself.  If you are interested in food science, nutrition, health or diabetes, it is a fascinating read.  I actually purchased a second copy in paperback so I could annotate and highlight and I never buy 2 copies of a book!