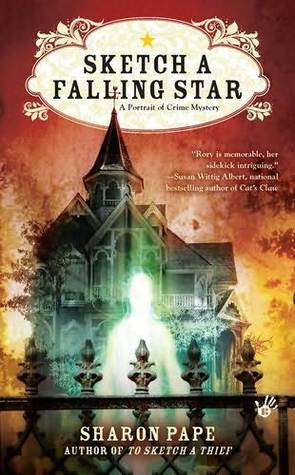 This is book 3 in the Portrait of a Crime Mystery Series.  I have really enjoyed the first two books in this series and looked forward to reading this one and it did not disappoint.  Rory and her ghostly sidekick Zeke, solve a modern day murder and one from the past.  Rory goes on a trip out west to hunt for clues into Zeke’s murder and gets involved in a modern day murder…or is it a murder?

The relationship between Zeke and Rory is what makes these books so special.  They have the push-pull power struggle, the conflicts caused by ideas from differing eras, particularly ideas related to male-female roles, and an underlying sense of loyalty and affection.  In this book, we have an addition of an elderly neighbor,who is also  aware of Zeke and stops by irregularly to add in her two cents worth to stir the pot.

A well written series with fully fleshed out protagonists whose relationship is the driving force behind the books.