This is book 10 in the Duncan Kincaid/Gemma James series.  The mystery in this books contains a body found in a burnt building.  The fire was arson and the reader gets glimpses into the arsonists thoughts as he sets the blaze.  Duncan is investigating the arson and Gemma in a round about way is investigating a missing persons case.  Are they related?  Is Gemma’s missing person the body in the fire?  Gemma is also searching for a missing child?  As the police hunt for the identity of the victim, they also search for the link to the fire and other fires that are occurring.  An MP is the owner of the burnt building which makes the case a political minefield.  In the midst of all this professional turmoil, there is also a subplot involving Kit’s custody to add to the pressure mounting on Duncan and Gemma.

Great read, the mystery involves so many twists and turns, who is the victim?  How or are the cases linked?  Where is the missing child and how does she fit into all this?  I really like how we see  Duncan and Gemma’s personal life and experience that tug between the personal and professional life that parents often experience.  Highly recommended read. 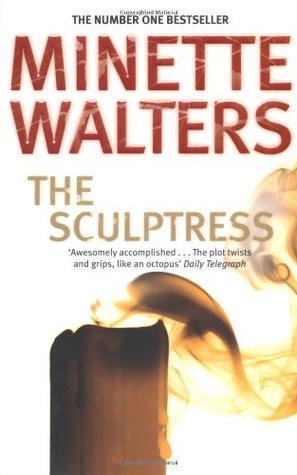 The book opens with Rosalind (Roz) arriving at  a prison to interview a killer referred to as The Sculptress, who has already spent years behind bars.  The Sculptress, Olive, admitted to killing and dismembering her mother and younger sister in the family kitchen.  Roz wants to write a book about her as a last ditch effort to keep her publishing contract.  Both women have trust issues and have been hurt and suffered terrible losses.  As Roz starts her investigation, the threads of Olive’s case unravel.  Is Olive the victim of horrible miscarriage of justice or is she a master manipulator playing on Roz’s vulnerabilities?  The book plays with the idea of how close anyone could be to committing a horrible crime when pushed by the right forces.

The main theme explored here is trust and it is exemplified in Roz and Olive’s relationship as well as Roz’s dealing with the people she meets in her investigation.  This is a book about a vicious sickening crime and is a completely suspenseful and compelling read.  I had other things to do today, but it kept pulling me back in. I had to know the truth about Olive and what happens to Roz.  Great read! 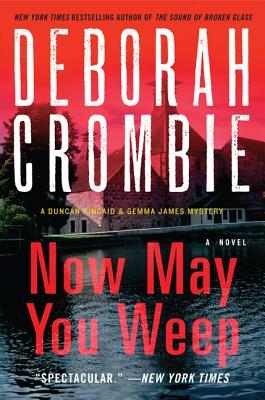 This is book 9 in the Duncan Kincaid/Gemma James series.  This book in the series is definitely Gemma-centric.  She has recovered from her miscarriage and has gone on a brief trip with Hazel to Scotland.  Once there she realizes the trip is not simply a girl’s getaway, but that Hazel and others have ulterior motives connected to Hazel’s past and perhaps her future.  There is also a plot involving Kit’s grandmother and her ongoing attempt for custody and a plot line in the form of Hazel’s ancestors which provide foreshadowing and finally explanation for some of the current day events.

I love the character of Gemma and she has shown such growth since this series began, she is a very three dimensional character.  This storyline provides another step in Gemma’s growth as a woman and a partner and in solidifying her and Duncan’s relationship.  The mystery is interesting with twists and red herrings.  The Scottish setting adds vivid color to the  book and pulls the reader into the story.   Great mystery read in a series that gets better and better as it goes. 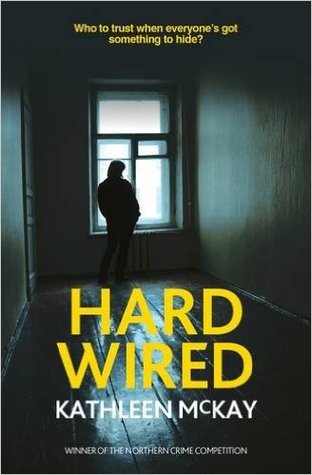 I received a free ebook of Hard Wired from NetGalley in exchange for a fair review.

Charlie is a hard working widow without many qualifications.  She gave up  on her education, had her child young, and then her husband died.  This leads her to  a series of working class jobs as she tries to keep a roof over her and her daughter, Casey’s head.  Her current job is working as a guard/monitor at a bail hostel.  This job exposes her to knowledge of criminals and the law.  She is conscientious and works hard, often working the graveyard shift.

She comes home to find that a neighbor and friend’s son is missing, later to be found dead.  Being that the child, Darren, had been in trouble with the law and had a mother who does not really present herself well to the police or media, there is not much hope that the case will be solved.  Charlie begins to investigate the crime using a surprisingly keen intelligence and a determination to find justice for Darren.  Through this process she discovers or perhaps rediscovers herself.  This is all set against a rather grim backdrop of life in a neighborhood where many people don’t work, others live paycheck to paycheck barely making it, and many  boys find themselves in the criminal justice system.

The mystery focuses on what it means to try to find justice when the victim doesn’t generate much sympathy.  Outside of the mystery, there are subplots involving Charlie’s daughter’s  education and future.  Will she follow in her mother’s footsteps?  Finally, there is the personal growth of Charlie’s character over the course of the book.  These three pieces fit together in a tightly woven story line.  Highly recommended read.

I received a free ebook of Everything We keep from NetGalley in exchange for a fair review.

This book begins with  the protagonist Aimee burying her fiance on what should have been the day of her wedding.  The rest of the book involves Aimee’s grief recovery? I guess that is what it was supposed to be.  If I had not needed to review for NetGalley, I would not have finished this book.  It comes across as very dated, specialty coffee shop what a novel idea!!!  Aimee herself is a very one note character, all we really know about her is that she is grieving, grieving some more, and still grieving,  she know how to make coffee, and she basically gets walked all over by everyone she meets/knows and has been her whole life.  She appears too immature, even childlike, to have been contemplating marriage in the first place.

I received a free ebook of Lizzie’s Christmas Escape from NetGalley in exchange for a fair review.

It is coming up on the holiday season and Lizzie is ready for a change.  Something, anything needs to happen.  Her daughters have left for uni and her husband Henry is just this vague lump, who watches darts on the telly and doesn’t seem to interact with her at all.  On top of the loneliness, Lizzie is feeling the yearning for a career of her own after years of being a stay at home mum with odd sewing jobs thrown in on the side.   Her best friend, Ann, is dealing with the end of her mother’s life and a promotion at work at the same time.  Throw in a charming, new, single neighbor into this pot, stir well and watch what happens.

This is a great book about middle age, marriage after the kids are grown, depression, friendship  and asking the question, “Is this all there is?”  Very relateable characters and  a story written to make you laugh and cry makes this a great read!

I received a free ebook of this title, The Forgotten Woman by Angela Marsons, from NetGalley in return for a fair review.

This is gripping, tension filled story outlining the lives of two very different women.  Fran, a successful lawyer, from a high achieving family and Kit, a former child prostitute.  Their lives intersect at an AA meeting.  From there the stories unfold, Fran’s past and Kit’s, two women who should have nothing in common, nothing to build a friendship on and yet they do.  There are tension filled moments, secrets uncovered and demons faced. The book discusses dark issues including child prostitution, drug and alcohol abuse, rape, and death of a child.

I particularly liked the resolution of Kit’s story, as it was not what would be expected.  I read this through in one sitting, it is a compelling read.  I would recommend this to readers of general fiction who like their reads dark.

View this group on Goodreads »
Share book reviews and ratings with Kindle English Mystery Book Club, and even join a book club on Goodreads.
The Angry Grey Cat Reads
Blog at WordPress.com.
%d bloggers like this: