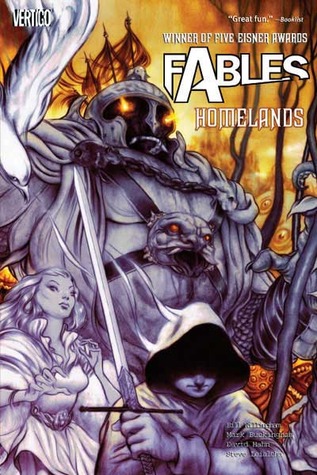 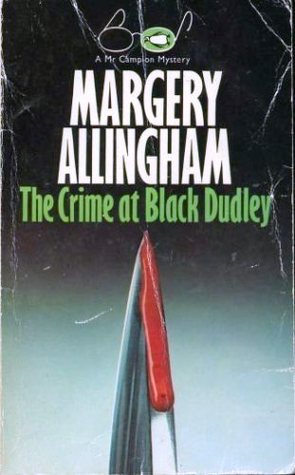 I picked up Volume 6 of Fables and was happy to see the story on track with plot lines that follow Jack and Boy Blue, one on his adventures in the mundane world and the other on a journey back to the homeland.  Both storylines were engaging and held some surprising elements, although the identity of the adversary was not one of them, there had already been many hints that pointed to his identity.  There are hints to future storylines that I can’t wait to read.  I don’t want to give anything away so I won’t say anything more, but definitely a recommended read.

The Crime at Black Dudley by Margery Allingham is the first Albert Campion novel and like in MC Beaton’s first Hamish MacBeth novel,  Albert Campion is not  the central character, he is just being introduced.  The book begins as a classic isolated country manor murder mystery.  The guests are trapped with no way to leave, a murder has occurred and a gangster and his minions are among the guests.  The guests do manage to flee and the mystery is resolved after the guests have returned to London.

This was absolutely charming, witty and full of  engaging characters, a strong sense of place, and just the right element of danger.  Albert Campion appears part con man, part aristocrat, part fool and part sleuth.  You definitely get the sense that what you see is NOT what you get with Albert Campion. There is much more to him than meets the eye.  I look forward to watchng his character develop as the series progresses.

One thought on “Fables Vol. 6 & The Crime at Black Dudley”