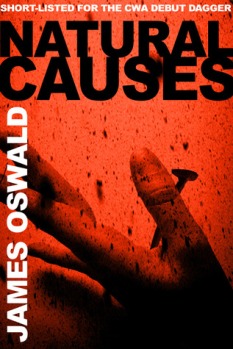 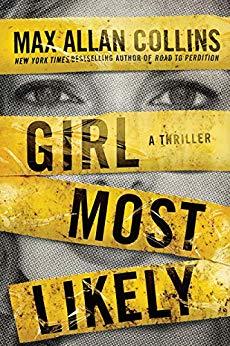 Natural Causes is another book from my long suffering TBR.  A  good blend of police procedural and the supernatural (in the form of demons).  DI McLean is recently promoted and not the most liked of all DIs due to his inability to play nicely with others which may stem from his traumatic childhood or perhaps from the fact that he can sense demons around him.  There are plenty of murders to investigate here and a lot going on in the  book in general.  An engaging read with some interesting characters, probably good for fans of TV show Lucifer.

Girl Most Likely follows Krista, who is not the Girl Most Likely of the title, but still has her own notable achievement as the youngest female Police Chief in the country.  At the time of her High School reunion, her recent promotion, her father’s confession of suicidal ideations in the wake of the death of her mother, and the trending #metoo movement Krista finds herself  caught up in a murderous crime wave.  The book alternates sections between the current events and the killer’s perspective.  This was an okay read.

One thought on “Natural Causes & The Girl Most Likely”