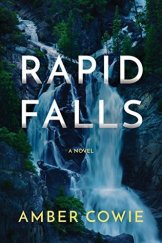 Finished the last two books in the Dangerous Davies, The Last Detective, series upon which the TV show is based.  Dangerous in Love and Dangerous by Moonlight are both fun shortish reads featuring Dangerous, his sidekick Mod, an interesting love interest in the form of Jemma, and his large personality challenged dog, Kitty.  Dangerous is an almost beaten down every man character whose intelligence is hidden underneath his clumsiness and lack of ability to climb the career ladder with the police force.  One case involves mistaken identity and spotlights the lack of concern shown for the homeless, even when they are veterans.  The other involves the unofficial case of a missing person as a widow asks for Dangerous’s help finding out what happened to her husband. Both books highlight Dangerous Davies common decency and his dogged determination to solve crimes and do right by everyone involved.

I expected these books to perhaps feel a little dated, but I didn’t find that at all.  They feel representative of their times and the concerns raised, racism, homelessness, elder fraud, are still issues today.  I enjoyed this set of books and read them after watching the TV series.  I do think that fans of the TV show will find the books a little darker.

Rapid Falls is told in varying times, we flash back to the original crime and forward to current day, in a clearly delineated manner.  The main theme is deception, as in hiding your true self (your nature), hiding the truth, and covering up painful facts in a desperate attempt at normality.  Cara and Anna are sisters whose painfully interwoven lives spill out on the pages here, damaging everyone in their path.  Perhaps the most damaged, in such a heartbreaking manner, is their father.  Intense psychological thriller that peels back the layers slowly to reveal what lies beneath the events of Cara and Anna’s youth.  Good read!