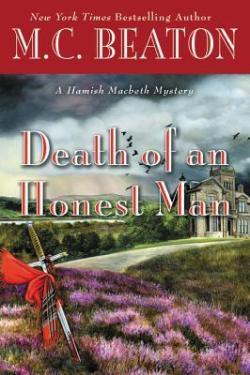 The Corpse on the Court is number 14 in the Fethering series by Simon Brett.  This mystery series is also known for its incisive social commentary and is always fun to read.  In this installment Jude and Carole are having somewhat of a separation, as Jude enters a new romance and Carole is left behind in Fethering.  Still they manage to come together to solve a mystery or two.  The main case involves Real Tennis (Court Tennis) and a death involving a group of people who have all known each other for many years and whose lives seemingly revolve around this “sport of kings”.  A well written fun mystery with two great sleuth characters in Jude and Carole.

Death of an Honest Man is the latest in the Hamish MacBeth series by M.C. Beaton.  An unlikable incomer is killed and Hamish has no shortage of suspects to contend with.  At the same time he deals with Charlie wanting to leave the police, Blair going more than a bit mad, a disappointing love life and perhaps the return of Sonsie.  A fast paced outing in the series with quite a bit going on and some superstitious magic thrown in for good measure.  Fun fast read.

This was probably my favorite crime read of the year.  So well written,  seeing America and the American criminal justice system through the eyes of a European police officer, Sigrid.  Sigrid has come to America to look for her missing brother at the request of her father.  When she arrives, she discovers that her brother is a person of interest in the death of young black woman, his ex-girlfriend.  Commentary about police in America versus Norway, gun issues, and race relations.  I loved the first in this set of books, Norwegian by Day and there are references to the events in that book.  I’d highly recommend both of these books to readers of Nordic Noir, especially with an interest in political issues. 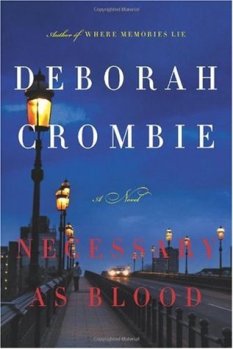 Perfect Remains is this month’s read over that Kindle English Mystery Club on Goodreads.  Very good mystery/thriller/police procedural with an engaging detective found in DI Callanach, a French-Scottish Detective.  He is fresh from Interpol, now in Scotland leaving his old life in France behind due to a scandal.  Women’s bodies are found, but are they who they seem to be?  That is the driving plot point here.  I did enjoy this even though it made me cringe at points as the killer/kidnapper commits his crimes.

I am liking Ian Rankin’s books in the Inspector Rebus series.  I remember trying to watch the show years ago and not getting into it but the books are marvelous.  In this installment, the second in the series, Hide and Seek, we have shades of witchcraft, drugs, murder and suicide all intertwined in an engaging mystery plot.

The indomitable Agatha Raisin is back again in Something Borrowed, Someone Dead.  Here a rather unpleasant villager finds herself dead and Agatha and crew are called to investigate.  The ending here was a surprise to me.  This was not my favorite in the series but still a fun read and I will definitely read more. At this point I am more invested in the characters than the mysteries.  Agatha Raisin season 2 will soon be out on Acorn, I can’t wait!

Necessary as Blood is an installment in the Duncan Kincaid series by Deborah Crombie.  This is number 13 and having read all the previous books, Duncan and Gemma are old friends now.  This particular book is more Gemma focused, as she seeks to unravel the deaths of two parents of a young girl, both dying under suspicious circumstances.  Gemma reconnects with old friends and uncovers other crimes in the course of her investigation.

Sinister Summer is pretty much a cozy mystery.  An older woman is murdered and her niece returns home to settle the estate.  The murdered woman had an estate worth quite a bit and mysterious things are happening all around Diana as she tries to come to grips with the loss of her aunt.  Ghosts, tarot cards, and a hunky neighbor make up the bulk of the story here.  The killer was pretty obvious to me early on.  An interesting start to a series. 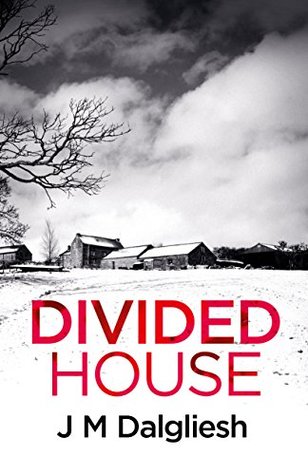 This is the bargain book for this month at the English Kindle Mystery Club on Goodreads.  There were some good ideas here, but it seemed like a lot of it wasn’t fully developed or completely explained.  The story involves a disgraced former high flyer police officer, a suspect who dies in custody, a brutal serial killer, and much more.  I would give this about 3 stars.

This is book 10 in the Dr. Ruth Galloway series.  Picking up where book 9 left off, Michelle is pregnant, Laura is home again with her mother and father, Clough gets married,  and Ruth is dealing with her unresolved feelings for Nelson.  To escape all this Ruth jumps at the opportunity for a trip to Italy to look at some bones that were discovered and help an old friend.  Nelson meanwhile has been made aware of a threat in the form of a recently released prisoner, who had swore revenge against him.  There is a lot going on in all the main characters lives, plus murders and old crimes coming to the surface.  Great installment in a series I really enjoy. 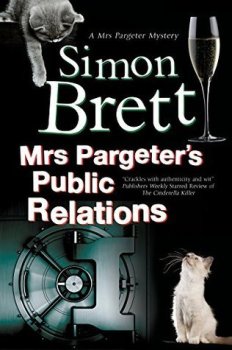 Mrs. Pargeter’s Public Relations is book 8 in the Mrs. Pargeter series.  This installment sees Mrs Pargeter investigating a charity, looking into a smuggling ring, and meeting Mr. Pargeter’s estranged sister.  This book takes her to Greece and back again.  As always, with the help of her husband’s loyal crew, Mrs. Pargeter puts things to rights and preserves the memory of her beloved husband.  Very enjoyable read in a great series.

Black Skies is book 10 in the Inspector Erlendur series.  As book 9 left off with Erlendur gone from the team on an extended break, it continues in the book.  No one has seen or heard from Erlendur.  This leaves Sigurdur Óli to run cases and investigate a possible blackmailing scheme that leads to murder.  There is also a homeless man looking for Erlendur, who has to settle for Sirgurdur Óli,  to give him information about a pedophile.  In the midst of all this, Sigurdur Óli’s personal life is a mess as it appears his separation will become permanent and he understands some truths about his mother and father. Good book in this series, I really want to know what is happening with Erlendur.

The Boy at the Door by Alex Dahl is a Scandi psychological mystery.  Cecelia ends up taking home a young boy whose parentage is a mystery.  The police and social workers are unable to resolve the situation and Cecelia’s tenuous grip on her sanity begins to slip.  Cecelia has a secret that she has kept from everyone with the exception of her estranged father.  As the mystery surrounding the young boy is connected to a murder, Cecelia grapples with how to reveal her secret.  Compelling mystery with an intriguing twist and  a narrator whose judgement is suspect.

Dead Lions by Mick Herron is the 2nd in the Slough House series.  This is not a series I would usually have picked up as I am not a big reader of spy fiction, other that some le Carre, years ago.  The premise is that Slough House is the last stop for “defective” spies, some have committed very public blunders others have committed more hidden offenses.  In this installment of the series, Jackson Lamb, their leader, has his interest piqued by the death of spy he knew from his days in Berlin.  Jackson Lamb uses the Slough House staff and uncovers connections far beyond one dead spy.  A great read with a wonderful cast of characters!

View this group on Goodreads »
Share book reviews and ratings with Kindle English Mystery Book Club, and even join a book club on Goodreads.
The Angry Grey Cat Reads
Create a free website or blog at WordPress.com.
%d bloggers like this: