I had read about this book in a magazine and put it on my TBR list.  Unfortunately, this series is impacted by the whole “Translated Out of Order Syndrome” and it really did matter here.  There are references to happenings in the character’s lives that happened prior to the events in The Princess of Burundi, which is somewhat confusing.

I am usually a big fan of Nordic/Scandinavian fiction in general but I struggled with this book and it is not a long novel, under 300 pages.  It felt like a slog to get through and then the ending was just there in a rush and finished with no real denouement at all.  I don’t know whether my problems with this book are due to the translation or the writing.  I couldn’t really connect to the main character, Inspector Ann Lindell.  I did find the victim Little John and his brother’s dynamic interesting and actually his brother’s redemption arc was the best part of the book.  I don’t believe that I will read more in this series. 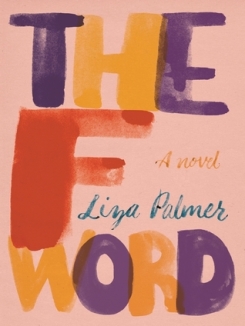 The Census-Taker is my first China Mieville book, it is a novella and a contender for a Hugo award for best novella.  The book concerns a post-now world in which a young boy,  initially lives with his mother and father, on a hill above the town.  His mother is a reticient woman who cares for her garden and teaches him some reading and writing.  His father is a maker of keys, this is shown as the story unravels.  What also becomes clear is the sense of malice and perhaps magic and other-ness that his father exudes.  What is also clear is the willful blindness of the townsfolk  due to their desire for his skills.  The census taker, who also seems to be an “other”, finally arrives and the boy must choose to trust or not, to believe or not, to follow or be left.

The book excels at presenting the story from the point of view of the child.  A child’s understanding and confusion and fascination are all laid out here in a realistically child-like manner.  The voice is compelling, the story seems to be a cross between The Road (but not as dark) and The Ocean at the End of the Lane (but not as fantastical).  It meets somewhere inbetween them.  An excellent read with themes about innocence lost, trust, sacrifice,  and loyalty.

The F Word here is not what you think, it is fat.  Apparently, there was a book prior to this one and perhaps if I would have read it I would have more understanding of the background of the characters.  As it was, I read this as a standalone.  This is a basic chick lit novel, attempting to elevate itself by including issues of self-image, the treatment of fat people, particularly women, bullying, infidelity, and women’s struggle to “have it all”.  – Spoiler Alert –

Basically, Olivia was once the fat girl, in high school.  She has grown up to now to be super-perfect girl, perfect husband, perfect home, perfect-car, friends, fitness, routine, and high-profile career as a celebrity publicist.  You get the picture.  When you are up that high, there is only one way to go.

She runs into a former crush from high school, the stereotypical “man who knew her when”, and it begins her downward trajectory.  Basically her entire life is a lie and it implodes.  High school   crush swoops in and they dance off into the sunset together.  Yep.  So. many. problems.   The victim blaming.  The lack of true apology and acceptance of responsibility without any excuses.  The celebrity worship culture.  The “wise crone stereotype” updated to a women’s locker room shower scene.  (no, just no, get the eye bleach now)  The “the protagonist needs a man, God forbid she is alone and happy  at the end of the book…”   High school crush Ben Dunn (been done. get it. hee. hee.  wink wink, nudge, nudge.  I think my eyes rolled so hard they got stuck.)  is just not, well.  I’m just going to stop here.