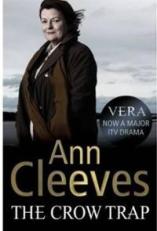 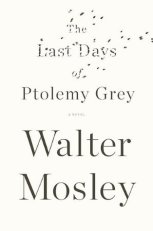 I have had an excellent couple of reading days with these three books.  I enjoyed all three of them!

Long Lankin is a book I found searching for more British Folk Horror.  I am a fan of that small sub-genre of horror and this book was no exception.  The scene is a typical isolated, rather dilapidated, manor house with an unsavoury past.  Two young girls are sent by their father to stay with their aunt, who has secrets and sorrows of her own.  The tension builds as pieces of the family’s and the Long Lankin’s history are revealed.  Creepy and enthralling, I read this through in one sitting.

The Crow Trap is the first book in the Vera Stanhope Series.  I love the TV series based on the books and I can’t really say which is better the books or the show.  They are both excellent.  The Crow Trap begins with a suicide at an isolated farm.  It seems like a case of an overwhelmed carer  who has just snapped.  The book involves a team of scientists doing environmental research on the local area prior to it being quarried.  One of the scientists dies and Vera, along with Joe, are called in to investigate.

This was a great mystery.  It had such a strong sense of place.  The characters were all fully fleshed out.  The scientists and their supervisor were all individuals and not just stereotypes with quite a bit of background given for them.   Vera herself is a unique character in detective fiction. Brash, unfeminine,  seeming at times to lack social skills, appearing messy and disorganized and yet able to connect the dots to solve her cases.  Vera can be a study in contradictions and much of this comes from her upbringing and that is hinted at in this novel.  The mystery itself was well paced, there was an overall sense of tension at points and I found it hard to put the book down.  5 out of 5 stars for me.

The Last Days of Ptolomy Grey follows the last few months in the life of Ptolemy Grey.  When the book opens, he is 91 and suffering dementia to the point he is living in a roach and vermin infested apartment, sleeping under a table, and with the bathroom being broken for years.  The death of his primary carer, Reggie, facilitates a change in his life. Reggie dies in a drive by shooting and at his funeral Ptolemy meets Robyn, a beautiful young woman.

Robyn becomes Ptolemy’s muse and new carer.  He meets a “doctor” who offers him a deal, 3 months of lucidity but then death or  years more of life in the haze of dementia.  Ptolemy decides on lucidity knowing that it is for  a brief period, just enough to allow him to do things he needs to do.

Ptolemy is an enduring character and even as he was dementia addled, a rich and vibrant storyteller.  Ptolemy and his relationship with Robyn are what make this a really good read.