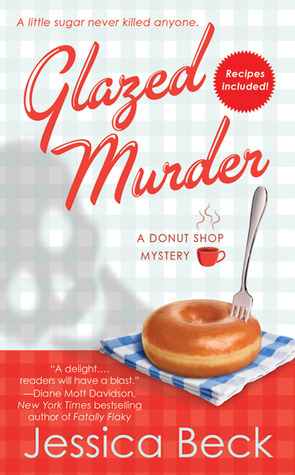 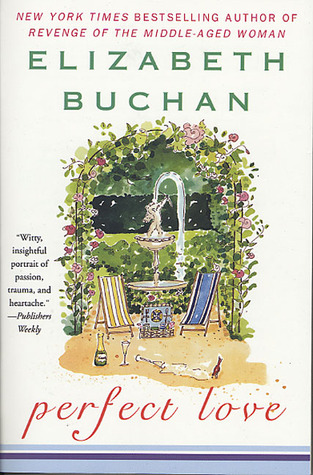 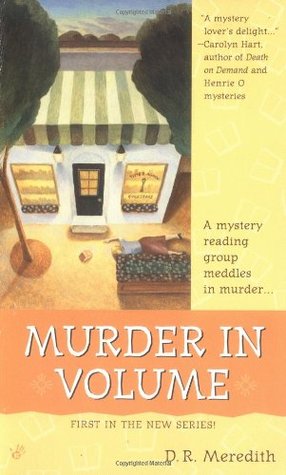 Glazed Murder was a total impulse by for me.  I have a confession, I have always avoided this series because I have a pretty big aversion to donuts.  I worked for a nation wide donut chain that will not be named in college, back in…1984, and I think that I can count the number of donuts I have eaten since then on one hand.

Anyway I picked it up and read it last night and was really surprised, I will admit i flipped quickly past the donut recipes, which were plentiful, so anyone who does want to make them will have lots to try here.  The main character, runs a independent donut shop and has a dead body of a local banker dumped in her parking lot one night.  Suzanne Hart is an interesting character and I like the push-pull relationship with her mother, who she has had to move back in with since her divorce and purchase of the donut shop.  A couple of the secondary characters need more development, but I am sure that because this is the first in a series that will come later.  Anyway, this is a fun light cozy mystery that has potential to become quite a good series.

Murder in Volume was this month’s read for the Cozy Mystery Corner Mystery Group on Goodreads. There is a plethora of book/library/bookstore themed cozies and many of them are among my favorite cozy series.  This is an book one of a 5 book series.  The protagonist is Megan Clark, a librarian and frustrated paleopathologist.  She has a sidekick history professor, Ryan, who is much older than her, and in fact is the father of her childhood friends.  She drags Ryan along on all of her adventures.  It is on one of these new activities, a book club, that Megan and Ryan stumble on a body and are embroiled in the mystery.

The point of view switches back and forth throughout the book.  It is in this switching that we learn that Ryan is having romantic feelings towards Megan, seemingly unrequited as Megan is dating someone else.  The mystery includes references to other mystery series, similar to Carolyn Hart’s Death on Demand series.  Part of these are understandable as discussion in the mystery book club meetings.

I did not connect with Megan Clark as a protagonist, she seemed arrogant and takes herself and her paleopathology degree far too seriously, even though it seems like it is not an employable degree. I also didn’t like the developing romance with Ryan at all, not being able to stop wondering what his kids would think of it.

I don’t think this is a series I will continue with, especially when there are so many other very good book themed cozies.

Perfect Love by Elizabeth Buchan is a women’s fiction novel, about Prue  a woman, wife, mother, and stepmother in her forties, who begins to be lured into infidelity.  This is a classic midlife crisis family drama novel, with complex family relationships and situations.   Added into this book is a running Joan of Arc metaphor that really doesn’t seem to work.  It actually could be eliminated from the book altogether.

I have read several of Elizabeth Buchan’s books and I have a strange relationship with them, I always find them very well written, with fully developed characters with all their flaws, and interesting plots. On the other hand, I would not say that I like them, if that makes sense.  Her stories are too realistic, there are never satisfying conclusions, no neat endings, no  punishment for the wicked or rewards for the good.  It always seems like things just trudge along and end with the characters still having numerous issues to work through, much like real life.

As someone who reads women’s fiction, for an escape from reality I am always frustrated, but I still keep reading them for some reason.