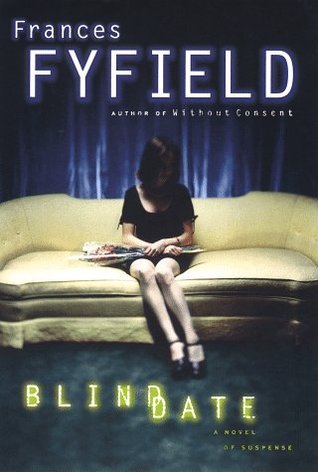 I have not read any other work by Frances Fyfield, however I did watch and enjoy the TV series of the Helen West Casebook, which was based on her Helen West books.  I picked up this book because it was a selection for this month for the Kindle English Mystery Club on Goodreads.

I liked a lot about this book, the characters of Elisabeth Kennedy and Joe, were interesting in themselves and as a relationship.   The villain(s) twisted relationship revealed over time was intriguing and well done.  I found the setting, Elisabeth’s church tower apartment well done (and it is an important part of the story). The psychology of Elisabeth, the relationship between her and her mother, sister, and nephew is well done.

The mystery has more of psychological thriller feel to it than any other sub genre of mystery. The pacing was well suited to this type of mystery.

The issue I had with this book was with  character development.  I didn’t really get  a sense of Joe’s back story and I had trouble keeping his friends straight because they were not well defined enough.  I didn’t even understand entirely the idealization of Elisabeth’s sister, unless that was just some post-mortem “don’t speak ill of the dead” kind of thing but it seemed like an ongoing aspect of their relationship.  Even Joe realized that the story of Emma was too good to be true.  On the plus side, by eliminating some back story and character development, the pacing is accelerated.  This is fast moving and a quick read.

Overall, I did enjoy this and would read another book by Frances Fyfield.