So far this weekend, we been celebrating some of the autumn flavors, apple, root vegetables, and cider.

For Friday night, I made  BBC Goodfood’s Slow-braised pork shoulder with parsnips and cider and smashed red-skinned potatoes.  The recipe can be found here.  I use the BBC Goodfood‘s site for many recipes and usually find success. I also occasionally pick up the magazine.

This was a perfect autumn dish, the slow braise infused the meat and veg with the apple cider flavor.  I used Angry Orchard traditional dry cider in the recipe.  I gave up doing my own food photography, this image is from BBC Goodfood’s website.

Today, I picked up some root veg: swede (rutabaga), carrots, and parsnips.  I also had half of a head of red cabbage in the fridge that needed using up.   I love all the autumn flavors.   The meal I put together from all this was:

Lovely dinner with a bottle of red, probably should have been white, but I prefer red:) 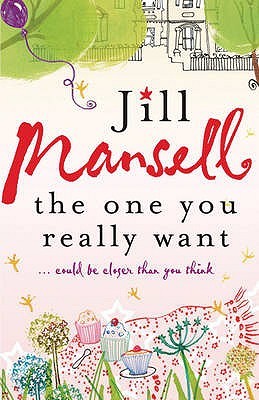 I finally received this in the mail from worldofbooks, one of Amazon’s vendors.  I read a lot of British women writers and they can be hard to get here in the US.   I subscribe to the UK version of Good Housekeeping magazine and Woman and Home and always scan the book reviews first and add many of them to my TBR list, then I am disappointed when I can’t get the books here easily :(.  Ordering them from the UK, costs a fortune in postage…or so I thought.  When I tweeted about this, Jill Mansell responded and told me about Book Depository UK, so I am definitely going to try them!

I finished The One You Really Want….could be closer than you think last night and loved it! There were several characters, but the main female protagonists  were Nancy, Carmen and Rose.  The women were each well developed with their own personalities and their own concerns throughout the book.  I really enjoyed the multiple story lines throughout the book especially because they were all written to seem important and I cared about each of them.  Sometimes when I read book with multiple characters with their own story lines, there are one that takes precedence or the others just have that feel of not being as well done as the main one (then if it is segregated by chapter I end up just skimming certain chapters).  Definitely not the case here, I connected with all of them.  This was probably because the characters had that quality of seeming like real people, people you might actually meet in your community.

The book is well written and ties together the multiple story lines in the end.  Not to give anything away, but there is a happy ending, which after the week I had at work I really needed!

Recommended read for readers of ….hmmm, now what do we call it.  I just attended the Romance Writer’s Symposium in Princeton last week and this was the issue discussed.  Kay Mussell spoke and discussed the importance of referring to Romances, as Romantic Novels as a matter of gaining some respect for the writers of  romantic fiction.  All the genre fiction related to women’s writing was really put on the table.  Discussions included how marketing drives  this categorizing of books.  Romance and chick lit are seen as pejorative categories, but then other arguments were raised that women’s fiction was for “literary fiction” and then there was a debate about that.  Jennifer Crusie spoke, as did Eloisa James.  Both spoke with a great deal of candor about the publishing industry and the business of writing and selling books.  It has really made me think about how I classify books.

Maybe I’m dating myself but when I grew up there were not that many categories.  You had non-fiction and fiction.  Then, fiction had mystery, romance, adventure and THE CLASSICS, always referred to with that tone of awe.  So, as a school kid basically the first three were the things you wanted to read and the other one was the stuff you had to read.  As was said in the symposium, and I can’t remember who said it  (must take better notes next time), romance is the category that supports financially all the other categories.  Romance books sales allow people like Jonathon Franzen to first get published.

I highly recommend Jill Mansell’s The One You Really Want for readers of good books.