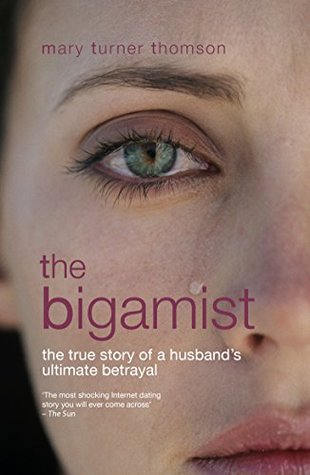 I received a free ebook of this title from NetGalley in exchange for a fair review.

I needed to be upfront about the fact that I accidentally requested this.  I don’t usually read true crime at all.  I didn’t realize this was true crime until I actually got the title, I thought it was a fiction title.   That being said it was an engrossing read in a Dr. Phil/ Oprah watching sort of way.  It is like watching a slow motion car crash, the average person sees what is happening and thinks, “Why aren’t you getting out of the way?”  But that is the power of these master manipulators, they have skills at both manipulation and selection of their victims.  The event that sets this story in motion is when a woman, Mary Turner Thompson, is contacted online and gradually built a relationship with someone who turned out to be not anything or anyone he claimed to be.

The novel untangles a far reaching, both geographically and relationship wise, web  of lies.  It also delineates the damage that these psychopaths do to the vulnerable women they target, financial and emotional damage that is ongoing for years after the fact.  Definitely an interesting read and probably a warning still needed because even though the events in the book took place in the early 2000s, the same type of actions still occur regularly today.  Fans of true crime or maybe users of online dating services 🙂 would enjoy.