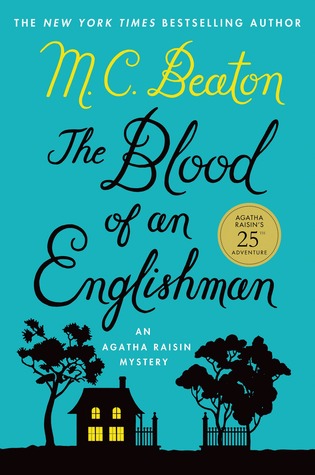 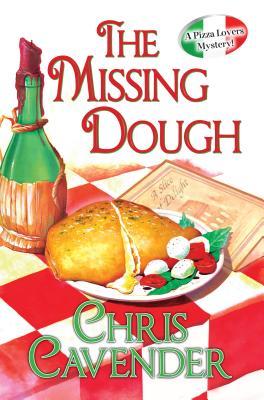 The Blood of an Englishman is number 25 in the Agatha Raisin series. In this installment, Agatha finds herself dragged along by Mrs. Bloxby to an amateur dramatics night that ends with a rather gruesome murder.  Agatha gets hired to investigate to clear the chief suspects name. The regular cast of recurring characters appears here with Charles, James, Toni, and the Bloxby’s. I found this installment to be a bit darker and less humorous than usual.  This was a good read,  just not one of my favorites in the series.

The Missing Dough is book 6 in the Pizza Lovers series by Chris Cavender.  the series surrounds two sister sleuths Maddie and Eleanor running a pizza parlor together after the death of Eleanor’s husband.  In this installment, Maddie’s ex-husband comes to town only to get himself murdered, putting Maddie, Eleanor and their respective significant others  right in the middle of the case.  This installment had plenty of suspects and clues to keep the reader engaged in the story, but the strength of the this series is always the relationships between the sisters and their  group of friends/co-workers/neighbors.