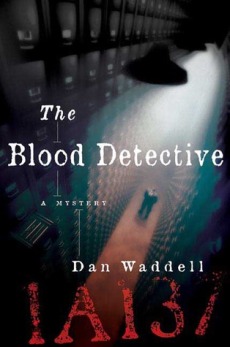 These are both February reads for the English Kindle Mystery Club.  They are also both new to me authors.  A Dark Redemption, while set in London, has connections to Africa and the atrocities committed there under various uprisings and coups.    Jack Carrigan has his own history with Africa, which he’d rather forget, and now that he has to take charge of a case with an African victim it is bringing it all back for him.  The novel gives you glimpses in to the horror from Jack’s trip with his friends to Africa as a young man, interspersed with the current investigation.  Finally, connections and the killer are revealed.  A good first in a new series, I enjoyed this London based mystery with international connections.

The Blood Detective is a genealogy based mystery with the killer re-enacting an old crime.  DCI Foster recruits Nigel Barnes, a genealogist researcher to trace elements of the crime.  The crimes escalate as Barnes and Foster uncover more connections to the past and try to prevent more murders in the present.   This was well written and paced.  I have read other genealogy based mystery but did not enjoy them as much as this one.  Nigel is a great character and the story line was very compelling.   Would definitely read more by this author.