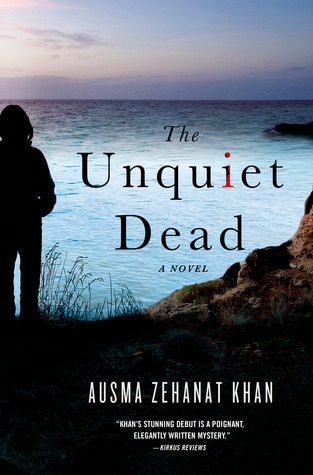 I have no idea why I ordered this from the library, I have no memory of doing so and the book rings no bells. ¯\_(ツ)_/¯

Anyway I am glad that I did because it was a very good mystery read and a very meaty story overall.  A man is killed who may or may not have been who he seemed.  Esa Khattak who works for a community policing organization to deal with culturally sensitive cases is assigned and he brings along his partner, Detective Rachel Getty.  The death is bound up in history, specifically war crimes arising from the murder, rape and torture of Muslims in the Srebrenica massacre.  I am admittedly not entirely clear on the history of the region and other than knowing of the attempted genocide I don’t really know much else.

The historical details are woven in elegantly, it is not heavy-handed at all.  There is no “brain dump” of facts to bring the reader up to speed, instead there are flashbacks to the events at the time.  There are side plots involving the “victim” and his fiancée and her two daughters and Detective Getty and her dysfunctional family.  Really a fascinating read, I did feel that one part of Esa’s story was a little far-fetched, however I see that it was needed to bring about healing with him and his former best friend.

Overall a very well written mystery with an unfamiliar (to me) context and fascinating characters.  Highly recommended!