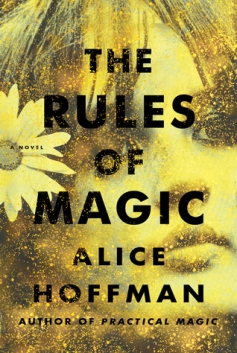 Three of these are by M.C. Beaton, two in the Hamish MacBeth series and one in the Agatha Raisin series.  The Hamish books were both short fun mysteries.  Hamish, as usual, attracting the attention of the ladies, usually ones he’s not interested in, as he strives to solve murders in the small quiet village of  Lochdubh.  Sometimes solving them in spite of the higher-ups in the police force rather than along with them.  The Death of a Travelling Man, refers to a travelling con man trying to gain the benefit of laws protecting Irish Travelers, bringing distrust and mayhem to the quiet village.  The web of chaos he weaves eventually results in a murder that Hamish must solve. In the midst of this Hamish is saddled with a junior officer, who billets with him at the police station bringing disruption to Hamish’s quiet, somewhat lazy life.

A dating agency for the wealthy and/or titled is the subject of Death of a Glutton.  The Glutton being a woman with appetites that are larger than life.  The dating agency hosts a gathering at the Hotel, bringing with it the victim and a whole host of suspects. A new recurring character is introduced at the end of this book, sure to bring some aggravation to Hamish’s life.

There goes the Bride sees our indomitable Agatha attending James’ , her ex-husband’s wedding.  As usual, where Agatha goes, murder usually follows.  Between the bride’s family, the villagers, and the guests, there are a host of suspects and clues to muddy the waters.  Toni, Charles, and Roy Silver are all along for the ride.  The ending sees Agatha looking to make some big changes!  Fun mystery read in a great series.

I ordered Web of Belonging, after watching the ITV movie based on the book titled, Belonging.  A slice of life and the story of the end of a marriage, the feelings here are deep and authentic.  What happens to a family when the one marriage that is holding it all together destructs?  Jess is the glue of the family, the mother, the caretaker of her husband Jacob and the “oldies”, a group of Jacob’s elderly relatives who all live with her and Jacob and need varying amounts of care.  One day Jacob simply doesn’t come home.  A little heavy-handed with religion for me, but otherwise a very good picture of aging and the impact of care taking on a person and a marriage.

The Rules of Magic is a book club read and the prequel to Practical Magic.  I have never read Practical Magic, but I’ve enjoyed the movie a few times.  The Rules of Magic occurs in the same universe and builds up the background of the family and their magical inheritance.  Very well done magical realism and storytelling about the Owens family siblings, Franny, Jet and Vincent.  In many places a sad tale, with  messages about family, loyalty, being true to who you are, and especially love.  I enjoyed it and might pick up Practical Magic to continue.