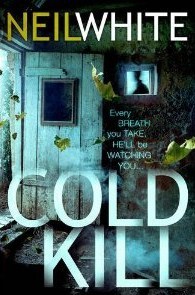 Just finished this kindle book, which is this month’s bargain book read for the Kindle English Mystery Book Club.

This is the fifth in a series with protagonists Jack Garrett and Laura McGanity.  I ended up really enjoying this one with its seemingly so different protagonists.  Jack is a journalist and Laura is a DS and they are romantically involved, in fact engaged to be married.  The mystery surrounds some brutal sex crimes/killings that appear to be committed by the same culprit.  The story gets more involved once it is revealed that the second victim is the daughter of a notorious criminal.  As the story progresses, we get glimpses into the killers mind, into Jack and Laura’s life, and in to the police investigations.

At first I had difficulty getting fully engaged with the story, but I chalk that up to the fact that I have not read the previous books in the series.  Just over the half way mark, the story really started to come together for me.  The pacing was good and kept me turning the pages.  I would recommend this one, but I think you would do better to read the series from the beginning.