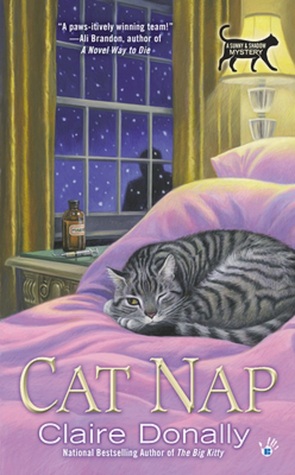 This is the second book in the A Sunny & Shadow Mystery series.  In this book, the uneasy friendship between Sunny and Jane continues to develop with Will stuck in the middle.  This is an unusual love triangle for a cozy mystery.  The norm is that the female protagonist has two men she can’t or won’t decide between.  There is also the addition of another possible love interest, Tobe Phillips.  Mike, Sunny’s father, also shows growth in this book, both in his recovery from his heart attack, his independence, and his social life.

The mystery in this book centers around the death of Jane’s ex-husband and proving Jane’s innocence.  The ending had quite a twist and I didn’t figure it out all.  Shadow continues to provide his point of view to the story which is very well done.  The setting and the difficulties of living and working in a Northern climate are described in realistic detail.  After reading many southern series, this was a nice change.

I am definitely going to continue with this series, good characters and well written mystery plot!