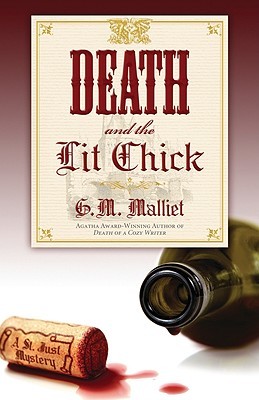 This is the second in the series, the first being Death of  a Cozy Writer.  I thought the first one was okay and so decided to try another in the series.  This started out definitely more interesting.  Very Agatha Christie-ish, as in And Then There Were None.

We had the group of isolated visitors, in this case writers at a conference.  There is a house that is cut off from the outside, power outage, fog, etc.  There is a first victim, who is a very unlikable character.  All this added up to a lot of promise for this book.

St. Just, the detective, is definitely more visible and engaged in this book than he was in the first outing of the series.  The characters are all very classic of cozy “house” mysteries, the elderly female, the brash American, the meek submissive wife, the femme fatale, the young “con man” type, and  the unlucky-in-love copper and others.

The book just didn’t live up to the promise of all the elements.  It was definitely okay, but I don’t know if I would read any others in the series.  I enjoyed about the first two thirds and then it just seemed to  peter out.