This is a meme hosted by Beth Fish Reads found here.  This weekend I’ve actually done quite a bit of cooking and cooking activities so….here we go.

Saturday I finally used the beignet mix I brought back from Cafe Du Monde along with a can of their chicory seasoned coffee.  I LOVED both and had them everyday when I was in New Orleans.  The mix worked perfectly and in very little time we had a heaping platter of beignets coated in powdered sugar and lovely cups of cafe au lait..breakfast of champions or perhaps not.

Today I made (with some of my own additions) Delia Smith’s shepherd’s pie.  Recipe to be found here: http://www.deliaonline.com/recipes/main-ingredient/lamb/shepherds-pie-with-cheese-crusted-leeks.html    Where Delia used lamb, I used ground beef and pork.  Where Delia used lamb stock, I used a combination of beef stock, red wine and the liquid from soaking a few dried shiitake mushrooms that I added.  I also added a splash of Worcestershire sauce and some baby peas before I spread the potato topping.  Very delish and one of my daughter’s favorites.  I tend to use recipes as a jumping off point quite often.

My daughter had a potluck work function and volunteered to bring pie…then someone said they had to be gluten free.  We tried our hand at gluten free baking and it seemed pretty successful.  She bought gluten free pie crusts from Whole Foods for the Pecan Pie and the Brown Sugar Pumpkin Pie (Martha Stewart’s recipe) and then I helped her make her own for  Sky-high apple and cranberry pie found here: http://www.marthastewart.com/857649/sky-high-apple-cranberry-pie

The final food related part of my weekend was attending a cooking demonstration at Williams Sonoma.  They offer them Sunday’s at 11:00 and they are usually fun and full of interesting information & hints.  Today’s was “Hands Free Cooking”, basically using Slow Cookers and Pressure Cookers.  Came away with a really tasty recipe:  Beef with fennel and sun dried tomatoes. Thinking about trying it next weekend. When I scan in the recipe, I’ll post it here.

What good things did you eat this weekend? 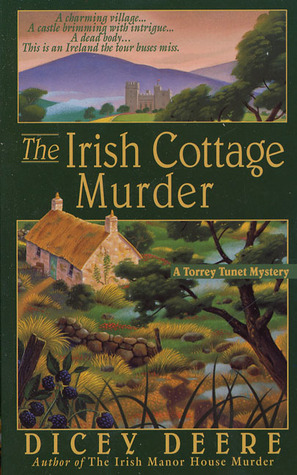 Picked this up from the library and read it last night.  I recently read another Irish based mystery, Buried in a Bog, and really liked that book, so this appealed to me.  First the good, the book has a, strong female protagonist and interesting writing style, such as using chapters of varying lengths and different points of view (some are only a page long).  The bad is ..well, bad.  The protagonist is 27 or is that 30? Depends upon which section of the book you are reading (not really a bad error over all), the combination of languages the translator speaks is almost completely impossible to believe, especially coming from a relatively small American town where she would not have had the opportunity to be be immersed in them, we are talking about Scandinavian languages, Greek, Hungarian, some Russian, French, Portuguese, Gaelic and so on.    I could understand a large group of Romance languages, but not this combination.  And if by chance she is some unique human language savant, why would she be working hit or miss contract work and struggling for money?

Next, up some of the geography in Ireland, as in the distances is off.  The pay for Maureen Devlin is off for the time period  and some other little anachronisms as well.  The biggest problem with the plot is the back story for the protagonist, Torrey Tunet.  I don’t want to tell the whole thing, but it drives much of the plot in the current story, so the fact that it is far fetched is an issue.

As many problems as there are, the main character is strong and charming, very individualistic, it does leave me wondering if things improve in later books.