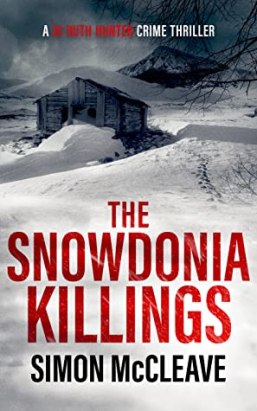 This is one of this month’s reads over at the Kindle English Mystery Book Club .  The novel begins with DI Ruth Hunter leaving behind fast paced London life for a new posting  in North Wales.  She is hoping for  a clean start in a more bucolic setting.  Upon arrival she is immediately greeted with  a murder to solve and has to hit the ground running.  Partnered with a resentful and alcoholic DS  Nick Evans, she has to run the investigation, earn the trust of her team and partner and solve the murder of a not well liked victim.

There is a lot to like in this.  I really liked the way the characters of Ruth and Nick are drawn.  They come across as three dimensional and their reactions seem true to their characters as written.  The sense of place is well developed, especially through the eyes of Nick as he often admires the scenery as he drives, he thinks about particular landmarks he sees.  Even some of the less important characters are well drawn, the victim who is only in the book briefly is well fleshed out, as is Drake who only steps in at the end for a few chapters.  The idea of the plot is good, there was foreshadowing of who the culprit was and several red herrings as Ruth and Nick chased after several suspects throughout the book.

The issue was that the writing was very choppy in places.  The transitions were not smooth.  At times, I would find myself  flipping back to the previous page because I thought I turned too many pages because it seemed   disjointed from the bottom of one page to the top of the next.

I would still read another in this series, because I feel that the positives were such that I would be willing to see that with perhaps writing another in the series the writing (or perhaps the editing?) would improve.

One thought on “The Snowdonia Killings”