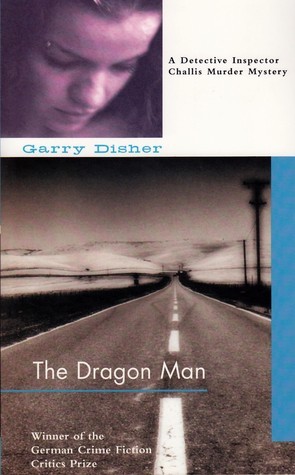 So, anyway, not quite sure how this ended up on my TBR at Goodreads.  I am trying this summer to work through books which fit in the intersection of on my TBR (or next in one of my regular series) and available at my library and this one fell into that group.  It is Australian crime fiction and I picked it up from the library cold, not knowing anything about it.  I don’t read a great deal of Australian work, I do keep meaning to Harper, but I haven’t got there yet.

On to The Dragon Man, this is the first in a series featuring DI Hal Challis.  He works murders and is assigned in the Peninsula region outside Melbourne.  Young women have begun disappearing and DI Challis is thinking that there is a serial killer and rapist at work.  He is relatively new to the area and to the team and must bring them together to solve this case before more young women go missing.  At the same time the station is dealing with random acts of arson, somewhat organized burglaries and a team of con artists targeting the elderly, so there is a lot going on and some of it may  be connected.

The sense of place is really well developed.  The reader is definitely immersed in the heat, the isolation, the sense of menace and dread of a women on her own on the side of the road, and the almost closed in feel of living in a small community.  It really works well in this book, especially for someone like myself, who is not familiar with the area at all.  The  serial killer story arc is wrapped up a little too quickly  for my taste, there is no delving into his motivations or background they simply catch him through a connection to another crime.  The other story arcs work well.  The character of DI Hal Challis is intriguing with an ex-wife in an institution for the criminally insane and a  new relationship just starting out.  In this book, it seemed to me he shared top billing with Sergeant Ellen Destry, her story arc seemed just as important as his for much of the book.

Overall, a good solid police procedural and I would read another in the series.