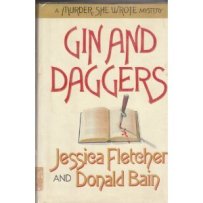 Back to work, but I did manage to get some reading done as well.  The first book I was really excited about and I am glad that it lived up to my expectations.  That is Midnight at the Bright Ideas Bookstore by Matthew Sullivan.  Lydia finds Joey, a frequent customer in the bookstore right as he succeeds in killing himself in the aisles of the store.  His suicide sets off a chain of events that is linked to a dark unsolved crime in her past.  Along her journey to find out what happened to Joey, Lydia reconnects with Raj, a friend from her childhood and her troubled father.

The book traverses between the current time and Lydia’s childhood and different points of view, but it is always clearly done and easy to follow.  The story is engaging and really well plotted with twists and turns throughout.  It is a mystery that focuses on the characters, the long-term impact of a crime on survivors, and how decisions made can have far-reaching impacts.  This is not a thriller, more of  a true mystery about a brutal crime.  It was an absorbing read.

Sparkling Cyanide by Agatha Christie  was a cleverly plotted Christie that is neither a Poirot or Miss Marple although it was originally based on a Poirot short story, Yellow Iris.  Rosemary died the previous year, a presumed suicide, and now the same group, including her husband and younger sister, are together again.  The husband has been receiving anonymous notes indicated that Rosemary’s death was not a suicide and he hatches a plot to uncover the truth leading to some devastating results.

The writing here, particularly in the character development of not-so-dear dead Rosemary and Stephen Farraday is really well done.  There is much more than just a whodunnit to the story.  A very good selection from Agatha Christie’s bibliography.

Gin and Daggers by Jessica Fletcher & Donald Bain is a series I have been meaning to start since I met Donald Bain at a conference and enjoyed speaking with him.  I do remember watching some episodes of Murder, She Wrote on TV and had no problem thinking of Angela Lansbury as I read this.

Jessica travels from Cabot Cove to London to speak at a convention and to meet with her mentor.  Shortly after she arrives her mentor, Marjorie Ainsworth,  is murdered and Jessica finds herself a prime suspect.  Jessica lands herself in the thick of it attempting to clear her name and solve her friend’s death.  There are plenty of suspects and motives to go around and keep you guessing here.  This is a fun read and a well plotted, cozy mystery.