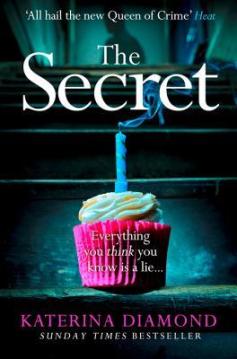 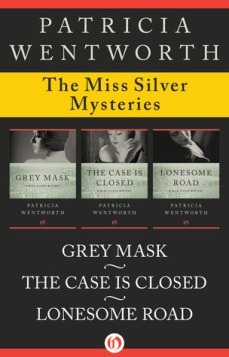 NetGalley provided free ebook copies of these titles in return for a fair review.

I was really excited to get approved for Patricia Wentworth’s The Miss Silver Mysteries:  Grey Mask, The Case is Closed, and The Lonesome Road.  I had heard about them from  Ian Hughes review over at Murder, Mystery, and More…

Miss Silver is a charming sleuth, similar in some respects to Miss Marple, but she is still her own person.  She is more assertive in her questioning styles, more professional than amateur, and more in the midst of the action.  The three stories encompassed a variety of themes blackmail, greed, lost love, mistaken identity, presumed death, and fights over inheritance.   My favorite of the three was Lonesome Road.  A woman hires Miss Silver to discover who is trying to kill her.  A great selection of possible suspects, classic red herrings and a nicely drawn together ending make it a perfect golden age mystery.   This collection is a must read for fans of Agatha Christie, Dorothy Sayers and the like.

The Secret is the second in a series, the first being The Teacher, which I have not read.  The book opens with Bridget, an undercover officer in a brothel, attempting to escape a man who has come to the house to kill her.  She slips his grasp only to wake up later in a basement room with no concept of time passing.  DS Imogen Grey and her partner DS Miles are on the case along with another DS Sam Brown who was working with Bridget.  Imogen and Sam have an unpleasant history making it difficult for them to work together as Imogen doesn’t trust him.

The book changes viewpoints between several of the characters to bring together the whole plot.  There is a lot of action to keep the pace moving quickly.  I will say that I feel I missed things by not reading the first book, it just seemed that as a reader I needed a clearer picture of what happened between Imogen and Sam early on.  Quite an enjoyable read with an intriguing strong female lead in DS. Grey.