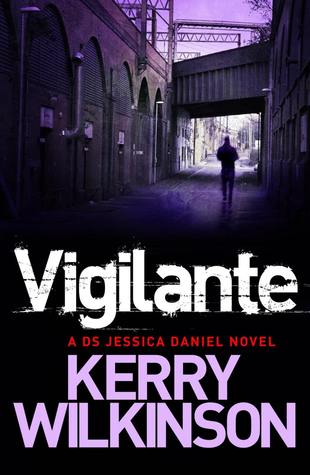 I received a free ebook copy of Vigilante by Kerry Wilkinson from NetGalley in exchange for a fair review.

This is the second book in the DS Jessica Daniel series.  Jessica has moved on from her friendship with Caroline after the events in the first book.  She has made new friends on the force and is trying to find her footing after solving her first murder case and being promoted to DS.  She gets pushed headlong into a new murder case that turns into multiple murders and smacks of vigilantism to the police force and the media.  The forensics turn up a seemingly impossible suspect for Jessica to investigate.  The victims have all committed crimes and more than one person thinks the killer should be thanked, but Jessica meets their families and wants to see justice done for them.

Jessica finds herself at odds with her old best friend, a tentative romantic interest, and her immediate supervisor.  Is she succumbing to paranoia from sleep deprivation and the stress of the case?  Or is she getting close to a killer on the inside?  The plot had some great twists and turns before racing to the finish.  Jessica is developing as a character and as a DS.  The relationships among the various team members and supervisors are well thought out and add to the tension and realistic feel.  Great suspenseful read!