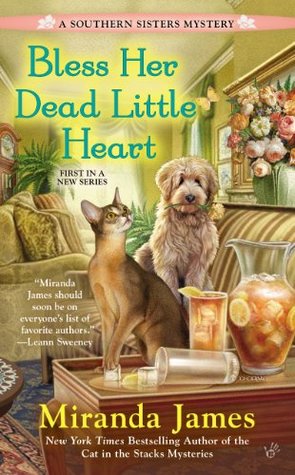 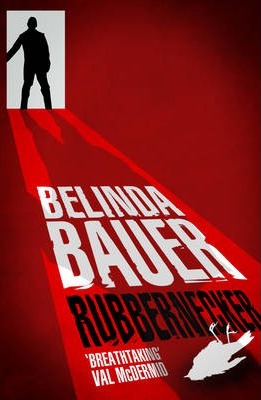 I have read most of Miranda James/Dean James/Honor Hartman’s books and enjoyed them all.  Bless Her Dead Little Heart, A Southern Ladies Mystery, is a spin off from the popular Cat in the Stacks series that features Diesel, the Maine Coon. Diesel is prominent in this book as well because the Southern Ladies, sisters Miss An’gel and Miss Dickce Ducote, are cat sitting him for Charlie Harris.  The sisters are well drawn, distinct characters who each bring their own drama into the story.  The plot concerns an old “friend”, Rosabelle,  arriving with a story of someone trying to kill her.  Roseabelle is then closely followed by her extended dysfunctional family.  Murder, drama and secrets ensue.  Deputy Berry, from the Cat in the Stacks mysteries, and the Southern Ladies  have their hands full with a rich cast of suspects, motives and clues.

This spinoff series has the strength to stand on its own, primarily due to the main characters.  Like the other books by Miranda James that I have read, it is a far better  than the average cozy.  Interesting characters, setting, and a well plotted storyline all make for an enjoyable read. As the first book in the series, it seems to be setting up for recuring characters that will round out the cast nicely, including a new dog and cat.  Recommended for cozy readers, I particularly think fans of Anne George’s Southern Sisters series would really enjoy this new series.

Rubbernecker by Belinda Bauer is this month’s read at the Kindle English Mystery Club on Goodreads.  The book follows Patrick, a young man with Asperger’s, as he stumbles upon a murder while studying anatomy at University.  The book works in two time lines, Patrick’s time line that includes flashbacks to his childhood, and Samuel Galen’s story, coming together superbly in the end.  Another storyline interwoven here, is the unsolved mystery of Patrick’s father’s death.  Even though this was a smaller part of the plot, it was significant in that it drove Patrick’s quest and his relationship with his mother.

I found this book to be well written and engaging.  It certainly kept me turning the pages to figure out everything that was going on.  Parts of the flipping between stories and timelines are easy to get confused in until you realize what is happening with  the story and the pacing.  This book has been compared to The Curious Incident of the Dog in the Night, as any book with a protagonist with Asperger’s seems to be, but I could also draw comparisons to The Wasp Factory by Iain Banks…except not anywhere near as dark.  Good Read!