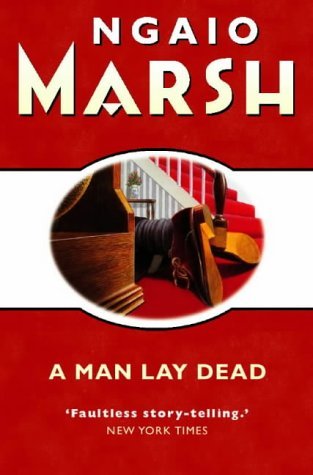 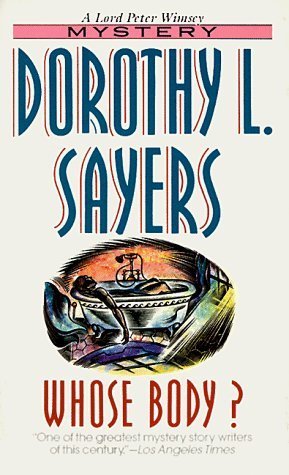 I read a great deal of Agatha Christie when I was young, but I missed these two classic mystery authors.  Ngaio Marsh’s A Man Lay Dead was first published in 1934.  This is the first book in the series that introduces Chief Inspector Roderick Alleyn, who is the sleuth.  I actually found this book very timely.  In current crime fiction and tv shows there is a plethora of references to the Russian Mob and that theme features heavily in this story.  It is a classic British “country house” mystery, the group of people gather in an isolated country estate and then a murder occurs.  The red herrings are very well done and this is delightful read!

The characters engage in witty banter and the manners and customs of the times feature prominently in the story.  Even though  I have read many of these type of mysteries this one certainly holds it own.  I did find it interesting that the focus seemed to be mainly on Nigel, one of the guests and not necessarily on the sleuth, but I suppose that is because this was the first in the series.  I understand that the plots in this series become more complicated in later books.

Dorothy L. Sayers was the focus of a current mystery book I read, The Sayers Swindle.  That peaked my interest in this classic mystery series.  Whose Body? is the first book introducing the Lord Peter Wimsey. First published in 1923, the series continued on for several years with Lord Peter Wimsey becoming a beloved character for many readers.

I found the book to have more of a humorous bent (whether intentional or not) than the Ngaio Marsh books.  I was not as enamored of the writing style, extremely dialogue heavy and correspondence with very little description or narration.  Still the mystery was well crafted and the sleuthing was certainly masterful.  This just didn’t work for me as well as Christie’s works or Ngaio Marsh’s.  The books certainly have a legion of fans so it is probably just me.