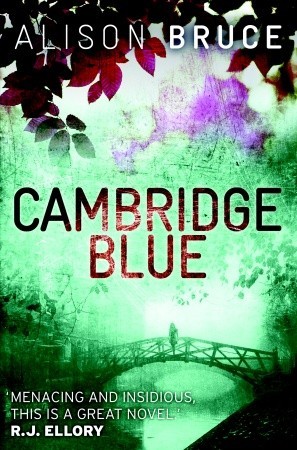 I saw this recommended on Goodreads and was able to pick it up from my local library.  I  enjoyed it and really liked the sleuth DC Gary Goodhew.  He is not a “normal” character…not really a plodder playing by the rules. In fact, the driving force of the story is that he operates outside the rules to solve cases. The cast of possible suspects is well drawn and full of secrets and hidden agendas.  I did guess the resolution, but not all the details relatively early on, however it was not with complete certainty.

The story centers around a family with a tragic history, siblings and lovers and a deceased parent’s’ rambling journal.  I found it very interesting, especially the long term impact of secrets and lies.  There is more than one murder involved and I did have to pay attention to keep the character’s straight.

I would read more by this author, but I will say that fans of police procedurals may not care for it.  The whole premise of this is that DC Goodhew uses his intellect, cunning and willingness to break the law to solve cases, sometimes putting convictions in jeopardy.  I am not a huge reader of police procedurals, so I appreciated the “thinking out of the box” sleuth, others might argue that he is a loose cannon and should be shut down.