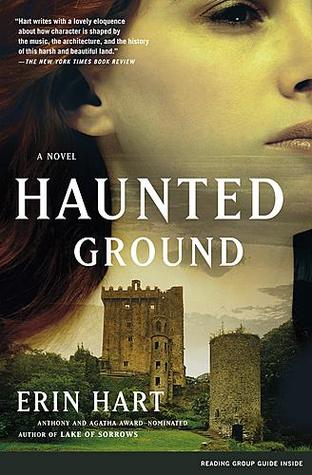 Picked up this at the library after seeing a reference to it on Goodreads.  I have never read anything, to my knowledge, by Erin Hart before.  The story revolves around a well preserved body discovered in a peat bog in an area where a young woman and child recently disappeared.  The two stories are told simultaneously.

There is a lot to like in this book.  The setting is very well done, excellent sense of place that develops through the book.  There is also cultural and historical references including music and folklore that add color and detail to the story.  The protagonist is an archaeologist, Cormac Maguire.  His sidekick/romantic interest/colleague is an American pathologist, Nora Gavin.  Both these characters are well developed with their own motivations and feelings.  The dark moody atmosphere is maintained throughout the story, very similar to Elly Griffiths and Ann Cleeves work, two writers I enjoy.

My issue with the book is that it was really, really obvious who the culprit(s) were and basically what happened.  It seemed so obvious to me and I was so sure of it, that for a minute I thought perhaps I had read the book before.  There are characters that are put forth, as so called red herrings, but I didn’t buy it at all.  This occurred so early on that I had a hard time staying interested in the rest of the story.  The reveal, when it did occur, felt rushed, like a sudden sprint to the end.  It was not in keeping with the pace and tone of the rest of the book.

Overall, there is a lot to like, but the mystery plot itself was a let down.