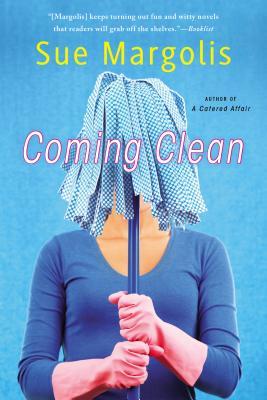 I have read other books by Sue Margolis and enjoyed them, so when I saw this one I picked it up.

This was a quick chick lit read for me.  What really stood out was the realistic portrayal of a marital breakup.  In most of these type books the divorce is predicated by some great betrayal, whether it be adultery, theft, or some other deceit, but in real life most people that I know who divorced were just cases like this, people growing apart over time.  The more “apart” people feel, the less inclined they are to forgive their partner’s bad habits or faults (which is basically what happened in the story). I have had more than one friend say that their marriage turned into just a “roommate” type relationship.  I also felt that the financial situation was more realistic than in the average chick lit/women’s fiction divorce story.

I admire the writing and the character development, but that being said there was something missing.  Perhaps the story was so close to real life that it seemed a little mundane?  Not really certain, however overall a good but not great read.