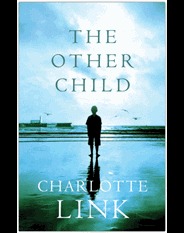 Saw this book mentioned on a blog and picked it up from my library.  The story has a diverse group of characters and a dual story line.  One story has to do with Gwen, a spinster, who lives an isolated existence and now has met a young man, who for some unfathomable reason has asked her to marry him.  The second story has to do with a horrific event which occurred during the war.

The two stories are intermingled and you are led to believe that one is related to the other.

My main issue with the book is that the second story is told through emailed documents – between the two participants in the event.  Why would they need to do that in such exacting detail?  They were there.  Made no sense to me.  I will say that the story of what happened during the war was absolutely heartbreaking.  I found it very depressing.

The current story had a disjointed feel and it was pretty obvious who the villain was relatively early on.

The Other Child had an interesting plot, the idea for the story was quite good.  It just suffered in the execution.