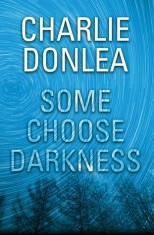 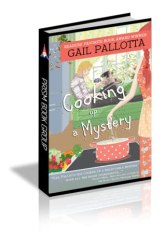 I picked up all three of these as ebooks from my library through the Hoopla app.  Two of these authors, Charlie Donlea and Debra Sennefelder, were familiar to me having read books by them in the past.  The third Gail Pallotta was just an impulse click.

Some Choose Darkness is the first in the Rory Moore series.  The series is opening with introducing Rory, a young woman who exhibits some symptoms of autism, and works as a forensic crime reconstruction expert.  While working on a case, she has to stop due to the death of her father and the need to close up his law firm and pass on all of the ongoing cases.  One of the cases involves a probable serial killer, who is now up for parole due to only ever being convicted of one crime.  This was a twisting, turning story line told in the past, when the killer was active and arrested and also in the present when Rory is currently working.  Well drawn characters and interesting mystery.  The resolution of what happened was a little obvious fairly early on, but it didn’t hinder my enjoyment.  I would definitely read another in the series.

Three Widows and a Corpse is the third in the Food Blogger mystery series.  I have read the first in this series and I’ve really been enjoying it.  This has a fun modern theme and the third book in this series does not disappoint.  Hope finds herself embroiled in yet another crime, unfortunately this time we have one dead man and three different women all claiming to be his legal wife.  There is an engaging romantic side plot for Hope and another story line with her sister.  This is a well written cozy mystery series with a modern feel to it.

Cooking up a Mystery while it was I suppose a cozy mystery it was very much religious fiction, which I didn’t realize when I clicked and added it.  Not really my thing, so I Just don’t think I’ll say much else about it.

One thought on “Some Choose Darkness, Cooking Up a Mystery, & Three Widows and a Corpse”