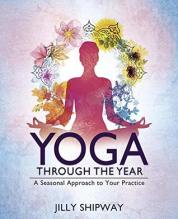 I received free digital copies of these titles in exchange for fair reviews from NetGalley.

Molten Mud Murder, despite the alliterative title, is not a cozy mystery, more along the lines of a police procedural.  Alexa is an American Forensic Odontologist with a work visa, who finds herself between jobs in New Zealand.  She becomes attached to a police department investigating a murder involving a man being murdered and dumped in boiling mud.  The case needs to handled with cultural sensitivity as it involves trespasses onto protected Maori lands, the handling of remains, and the thefts of artifacts for the black market.  Alexa has issues of her own from her past but doesn’t allow them to stop her from immersing herself in solving the case.

Very nicely developed sense of place, and in many parts real  feelings of menace are allowed to develop as Alexa investigates or finds herself isolated or working alone.  The character of Alexa is well drawn and the pacing pulls the reader along through the story.  Well done mystery read.  I would think it would especially appeal to fans of  The Ruth Galloway Series by Elly Griffiths.   Due to be published September 3rd, 2019 by Poisoned Pen Press.

Murder by Minster is the first in a new series with a librarian protagonist, Kitt Hartley.  Kitt Hartley is confronted at work by DI Halloran with the news that her best friend’s ex-boyfriend, Owen is dead and her best friend is their suspect.  Kitt, armed with nothing more than years of reading mysteries and her experience doing research as a librarian is determined to clear Evie’s name.  There are plenty of red herrings, eccentric side characters, and extra dead bodies to keep the reader guessing up to the end of the story.  A very twisty tales for fans not to concerned about police procedures in their cozies.  To be published 1st of July 2019 by Quercus.

Yoga through the Year raises interesting seasonal based questions for one to ask about one’s yoga practice.  The goal being to ground your practice in each season giving it a timeliness.  Then, particular positions are given to use for that particular season.  For example, Winter to Spring included:

There is a great deal of description included and the sequencing and number of repetitions.  The book is encouraging the beginnings of a home yoga practice.

I found the questions it raised interesting, I personally have difficulty meditating and think it would be helpful to have questions to perhaps use as guides.  I did find that the fact that the text had no pictures to be a huge problem.  I am in no way a very experienced practitioner and would like to see pictures, even if only line drawings, of the poses I am attempting, rather than just written descriptions.  I would think that most beginning practitioners would expect illustrations of some kind in a guide.  To be published 8th of July 2019 by Llewellyn Publications.