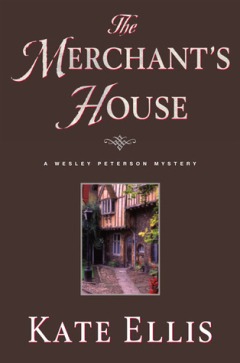 The Glass Room is another excellent outing in the Di Vera Stanhope series.  In this book, the relationship between Vera and her “hippy” neighbors is explored as one of them runs off on a brief adventure and becomes embroiled in a murder.  The victim turns out to be a not so nice University Professor, Professor Ferdinand.  The murder takes place at a writing retreat, so it forms somewhat of a Christie-esque manor house type murder, but not exactly.  As Vera and her team delve in to Professor Ferdinand’s and everyone else’s past at the house, connections to earlier  events are exposed.  Vera’s keen mind and investigative skill puts the clues together to uncover the killer.

Vera is such a great character and she is shown here with her strengths and weaknesses as she works with her team and on her own to solve this case.  The petty jealousies and competitions that arise within the team are so realistic and make for great storytelling. An excellent book in the Vera series!

The Merchant’s House is book 1 in a new to me series.  DS Wesley Peterson is recently transferred to a “quieter” patch from London and is looking to start a family with his wife.  He went to university to study Archaeology and connects with old friends on a dig, who uncover a body at their site.  The mysteries run side by side in the book, Peterson’s modern-day murder and missing child cases and the historical case at the dig site.  I have read other mysteries written in such a fashion, an old case and a new with flashes in between and do enjoy it.  I also read the excellent Ruth Galloway series, which is an Archaeology themed mystery series.  There is not as much of the archaeology here  as in the Galloway books.

I found this to be ok, but the missing child piece was pretty obvious relatively early on and there were really no surprises in the historical case either, which was revealed through diary entries.  I did like the character of DS Peterson and like the idea of a DS who has interests outside of the police.  At this point I am unsure, if I will commit to reading another in the series.