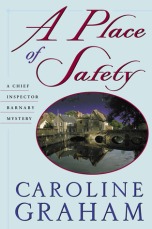 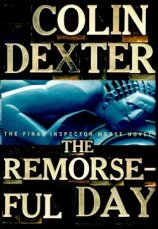 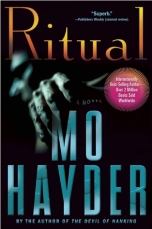 These are my latest mystery reads.  One of my favorites was  A Place of Safety by Caroline Graham, book 6 in the series that became Midsomer Murders on TV.  I love the characters, Barnaby, Joyce, Sgt. Troy and others, and the sense of place in the small villages.  In this outing, the feelings of menace and tension were particularly well done, as well as the closed in, claustrophobic effect of Mrs. Lawrence’s life in the vicarage.  The mystery was interesting with lots of clues to sift through, I guessed what was going on, however I may have already seen an episode based on this book, so that does not mean much and it did not hinder my enjoyment at all.

The Remorseful Day is a book I have been putting off reading because it is the final book in the Inspector Morse series and I am sad to see the series done.  There was definitely a sense of an ending throughout the book and it was a well done send off to a beloved character.  I would definitely say that you need to be a reader of the series  and invested in the characters before reading this one, as everyone comes full circle here with Strange, Lewis and Morse having their arcs.  Great mystery in a great series, I’m sorry that it has ended.

Outrage by Arnauldur Indridason is book 6 in the Erlendur series.  There has always been a team effort effect rather than an individual sleuth in these books, Erlendur, Sigurdur Oli, and Elinborg and in this particular book, Erlendur is on a leave of absence and Elinborg takes the lead to solve a particularly brutal murder of a perhaps not so nice young man.  Amidst chasing down details of the man’s involvement with date rape drugs and looking into an older closed case, Elinborg is also dealing with personal issues with her children.  The resolution takes the reader right up to the end of the book and is very well done.  There is a little bit of a cliff hanger regarding the whereabouts of Erlendur and whether he will be back for the next book or not.  Very well done Nordic mystery.

Ritual by Mo Hayder is bit more on the brutal side than I usually like to read.  The book is very well written and plotted, so intriguing, and definitely very contemporary with issues of cultural integration and policing.  I liked the character of Flea Marley a great deal, I don’t think I’ve read a police procedural with an emphasis on the police/forensic divers.  Flea’s thoughts in the water as she searched, and the sense, at times, of claustrophobia, that I would feel, yet Flea remained calm was really well done.  Good thriller.

Cleaver Square by Daniel and Sean Campbell has been on my Kindle for a little while, so I decided to pick it up.   Loved the story and the idea behind the crime.  Very modern feel dealing with trafficking and the care system; children being lost within the system is all very current news.   I think that it needed a little fleshing out.  It just felt a little thin to me in character development and details.  It was a quick read and fast paced.  I would read another in the series.