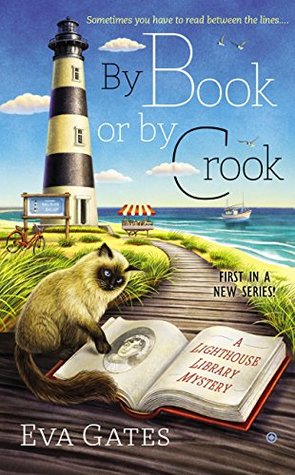 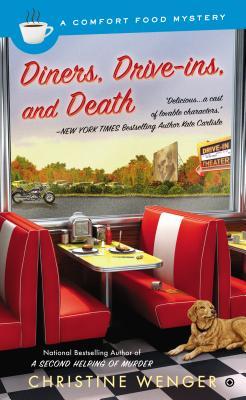 By Book or By Crook is the first in the new A Lighthouse Library Mystery series.  Lucy has just moved to the Outer banks fleeing a life she decided she didn’t want (nothing dramatic just dying of boredom) and has taken a job as an Assistant Librarian at a unique library, one that is housed in a lighthouse.  The hiring of an outsider to work in the beloved library is the subject of tension in the community as much as the new first edition Jane Austin exhibit is the subject of excitement. At her debut party for the library, an important board member meets his end and Lucy’s new friend and boss Bertie is suspected.  This drags Lucy into the case trying to clear Bertie’s name.  There is also a theft side plot that is just as important and intriguing as the main story line. I loved this opener to the series.  Lucy’s character was strong, but not perfect.  The petty jealousies of the local (insiders) are well done and entertaining.  The cast, as a whole, work well together and are an engaging group of personalities.  There is a more realistic feel to this cozy than some of the more over the top story lines and characters in other cozies.  Really well done series opener and I am looking forward to reading more in the series.

Diners, Drive-ins and Death by Christine Wenger is book three in the Comfort Food Mystery Series.  In this book, Trixie struggles to clear the name of ACB, Antoinette Chloe Brown, her muumuu wearing friend.   ACB is accused of murdering her current love interest after his body is found buried in a field that she owns and her possessions are found liberally sprinkled around the scene.  As the crime investigation is going on there is also a beauty pageant in town that has brought several out of town women to compete adding to the pool of suspects and an All Chef Motorcycle Club.   I really liked the first two in this series, but this one did not work as well for me.  ACB as a focus with her muumuus, fascinators, and kitschy jewelry was more of an annoyance and distraction. I have liked the series so far, so I will continue with the next book when it comes out.