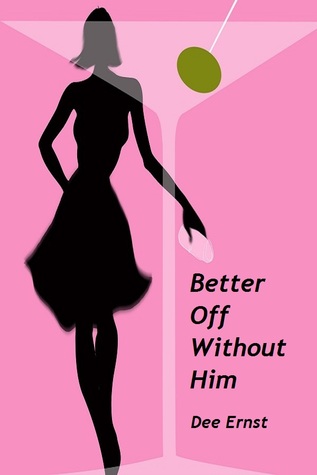 I read these two on my Kindle.  Capable of Murder was this month’s read at the Kindle English Mystery group on Goodreads and Better Off Without HIm was a recommendation for me.

Capable of Murder is the first in a series with Belinda Lawrence as a protagonist.  An older aunt dies and leaves her a cottage with an interesting garden history.  Belinda doesn’t believe her aunt’s death was an accident and engages in some cursory sleuthing.  There is a pair of odd siblings living next door, a somewhat sleazy real estate broker, a lawyer who seems to disappear when she needs him most, and some other interesting characters.

The idea behind the mystery was really interesting, however the execution was lacking.  The book was too short coming in at just over 200 pages and this make the plot seem rushed and relationships between the characters happened too quickly.  On top of that the antagonist was pretty  obvious even with attempts at red herrings, but the main issue was that Belinda had instincts about characters and then in the next scene just seemed to ignore those gut feelings and be best friends with them and trusted them.  It didn’t really work for me.  If you are interested in gardening history and mysteries, try Anthony Eglin’s work instead.

Better Off Without HIm is an older chicklit, so maybe hen lit.  Husband unexpectedly announces he wants a divorce and leaves the heroine for a much younger, chic French woman.  Mona is distraught at first, but then begins to realize the wisdom in her crew of friend’s words, “You’re better off without him.”.  Mona is a hard protagonist to feel sorry for or even connect with.  She is wealthy in her own right even without her husband’s money.  She has a dream job, romance novelist, a beach house, and a plethora of hunky men waiting to help her pick up the pieces.  High on romance and a “you go girl” vibe, but low on realism.  Overall, an okay, quick read.