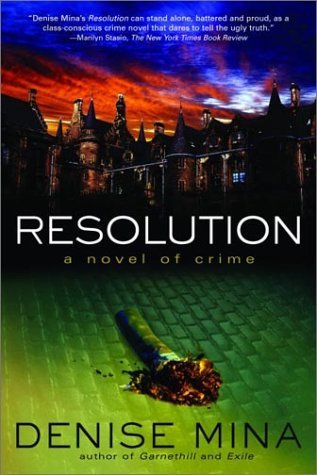 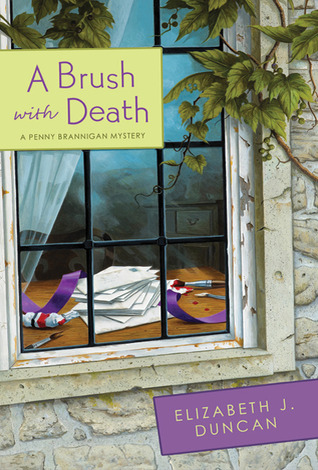 Resolution is the third book in the Garnethill trilogy by Denise Mina.  I would highly recommend reading this series in order…or you will be completely  lost.

It is hard to discuss too much about this book without giving away spoilers to the first two in the series, because this plot wraps up events from those books.  On the whole this is a dark, gritty, violent series.  It covers a gamut of issues from childhood sexual abuse, alcoholism, family dysfunction, infidelity, drug abuse, rape and of course murder.  The protagonist, Maureen, as a drunken, self destructive incest survivor drives this whole trilogy.  The closest character I can compare her to is Lisbeth Salander of The Girl with the Dragon Tattoo fame.

The negatives with the books, all of them, for me occur whenever Maureen interacts with the police officers. Those scenes seem to range from unrealistic to cartoonlike, especially by book 3 in the series.  Has Maureen learned nothing about the criminal justice system and dealing with police by that time??  Overall, a good trilogy with character development and growth over the course of the arc, an excellent sense of place, and  a nicely woven plot, if perhaps a little too neatly tied up in the end.

A Brush with Death is the second in the Penny Brannigan series set in Wales.  This book picks up right where the first one  left off.  Penny is living in the cottage she inherited from her close friend, Emma.  She stumbles upon a mystery from Emma’s past and feels compelled to follow it to the end.  I quite enjoyed the first in this series, however this one fell  somewhat flat for me.

The positives are the character descriptions and the setting.  Well executed to the point that the reader can “see” the people and the town.  There are a couple new characters that are introduced that I assume will be recurring because of the time spent developing them.  The mystery was interesting and I definitely had the culprit wrong, however there was information withheld from the reader until the reveal, so I don’t suppose you could solve it completely.

The negatives are that the romantic subplot didn’t really work for me. I didn’t get a sense of chemistry between the characters, but that is not a huge element in a mystery.   The dialogue was often stilted or on the other had silly.  The mystery seemed almost secondary, a bit emphasis in the book was the examination of change in social issues.  Although the portrayal of attitudes and the connection to a possible murder motive made this pertinent, it felt overshadowing to me.

I really did like the first book, so I might pick up the third one given the opportunity.