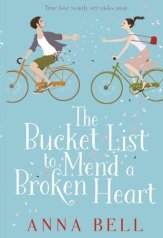 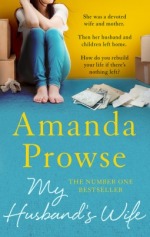 Three women’s fiction reads, the type of books that are my delicious guilty pleasures. I delight in being outraged along with the heroines and then celebrating their rebirth into a new better post divorce/break up life.

My Perfect Life at Cornish Cottage features the husband, Lysander, having his mid-life crisis and deciding that trading in his slightly used wife Sophie for a much younger souped up model is the way to go.  Sophie falls apart at first, but with aid from a surprising source she finds her feet and a new career.  There are lots of mummy mafia at the school gates types here and quite a bit of humor.  Overall, a heartwarming look at living through divorce with children and coming out the other side,not just intact but thriving.

The Bucket List to Mend a Broken Heart is a break up story, rather than divorce. Abi hasn’t made it down the altar yet, although she thought Joseph would be the one.  Abi finds Joseph’s bucket list and begins a quest to woo him back by completing items on it and posting about them.  What could prove they are more compatible than that?  Along the way she meets new people and challenges herself in ways she had never imagined.   Who will Abi be when Joseph takes notice of her adventures?  Advertised as a “laugh out loud” romance, I didn’t really find it uproariously funny,  but I did find it quite romantic and an interesting examination of how people are often quite willing to marry or stay with partners that they really don’t know at all.

My Husband’s Wife was the book that had me raging on behalf of Rosie,   the most.  Don’t get me wrong it is a romance and has the required HEA, however the path to get there is fraught with bad friends and worse choices.  There is also a sideplot that deals with growing up motherless and the effects that can have on people.  I don’t want to say too much to spoil anything for other readers but I would say that I found many of the indivdual situations and reactions in this book the most realistic from my own experiences.  Out of the three books, I enjoyed this the most perhaps because it seemed less fanciful in some ways, more rooted in reality.